Dub In The Ghetto 7″ 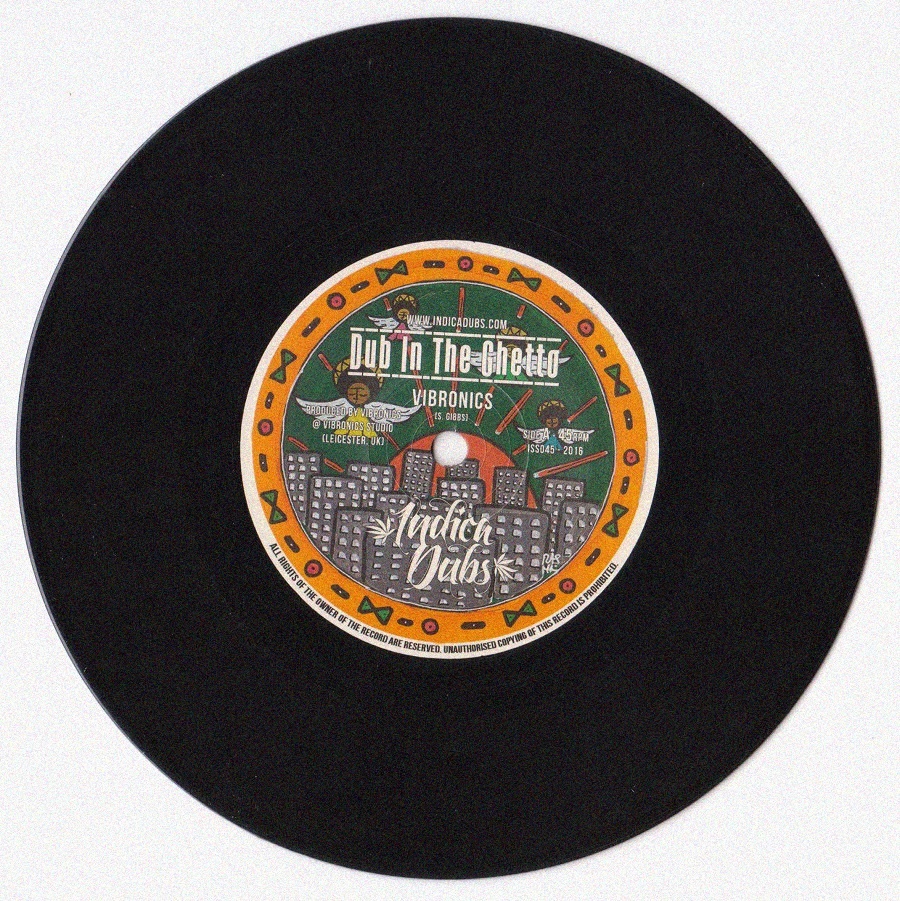 This is the first Indica Dubs release to feature the UK Dub legend Vibronics. Vibronics is responsible for many of the legendary Dub tracks from the 90’s till present, from albums such as ‘Dub Italizer’ to ‘The Return Of Vibronics’, from singles such as ‘Anointed One’ to ‘Glorify’ on the Scoops label.

The 7″ is a powerful instrumental track with a Dub version on the flipside.

I have always been a big fan of Vibronics since I was young, and you could even say my music is heavily influenced by Vibronics. ‘Dub In The Ghetto’, otherwise originally named as ‘Dread Paradise’, was given to me as a dubplate at the start of this year, and I have been playing it at all my sessions. The track name was inspired by the South America tour which I played in June 2016, it was also the final song I played of the tour. The artwork drawn by Ras Mykha, portriats the ghetto favela style areas visited across South America.