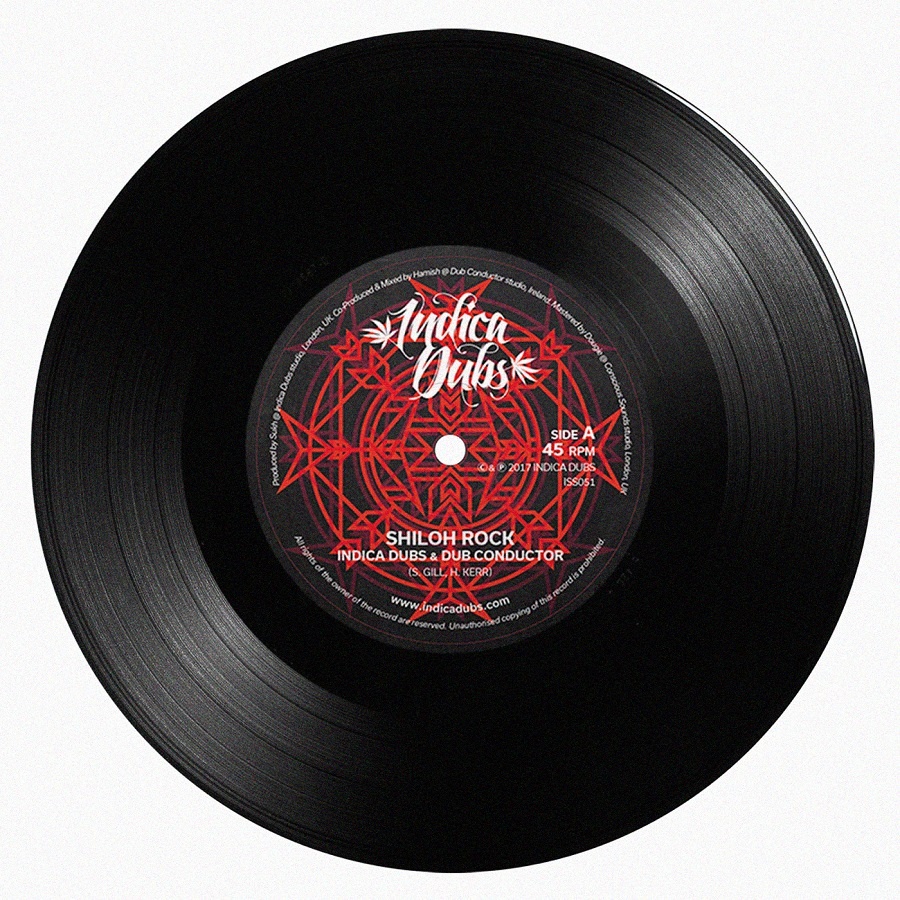 Part 1 of 3, SHILOH ROCK, red label: This 7″ instrumental release is the first musical collaboration between Indica Dubs and Dub Conductor. The track was originally begun by Sukh in London, who sent the stems (individual parts such as kick, snare, bass, melodies) to Hamish in Ireland, who added some more parts and then mixed it down to create what you hear now. The track features a strong, fast and bouncy rhythm, with a deep bassline for the foundation. There are clear characteristics present from both producers in the final product. The dub mix takes the listener deep inside Hamish’s mixing desk, specifically the filter section, where the panning and the changing equalisation draw you deep inside the vibe of the Shiloh Rock.

Stereo listening is a must!