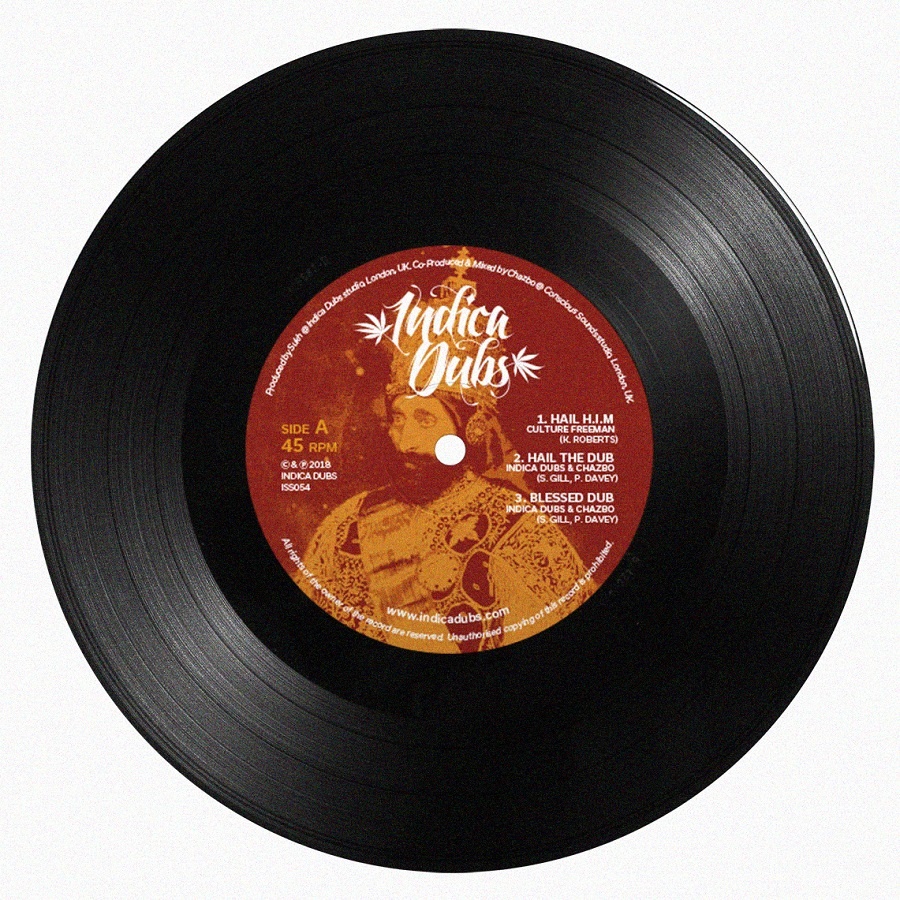 Played by Jah Shaka and Channel One Sound System!

Indica Dubs teams up once again with the world-renowned UK Dub pioneers; Chazbo and Culture Freeman, aka the Bush Chemists!

This is the third vinyl release collaboration between the trio, the first collaboration was in 2014, ‘Oneness Vibration’ on the Dubplate Series 10” vinyl, championed as the last tune of the night by sounds like Channel One, King Shiloh & many more.

“Like every year, Indica Dubs is back on high bases in terms of release, with always featuring quality as here with two sure values ​​of the UK Dub scene that are Chazbo and Culture Freeman!” By Culture Dub (France).

Side A: Culture Freeman delivers a spiritual style chant, hailing His Imperial Majesty. Indica Dubs carries the heavy drum and bass riddim section. Chazbo completes the track with the melodica and deep mystical mixes, crafting a handful of crucial Dub versions; each deeper than the previous. Side B: Chazbo provided the song to me as a dubplate, which then grew on me and I knew it had to be part of this release!

Out of the several mixes that were made per song, it proved difficult to pick 2 mixes for the release, it was essential to release 3 mixes per track, each mix carrying individual unique out-of-this-world vibrations.