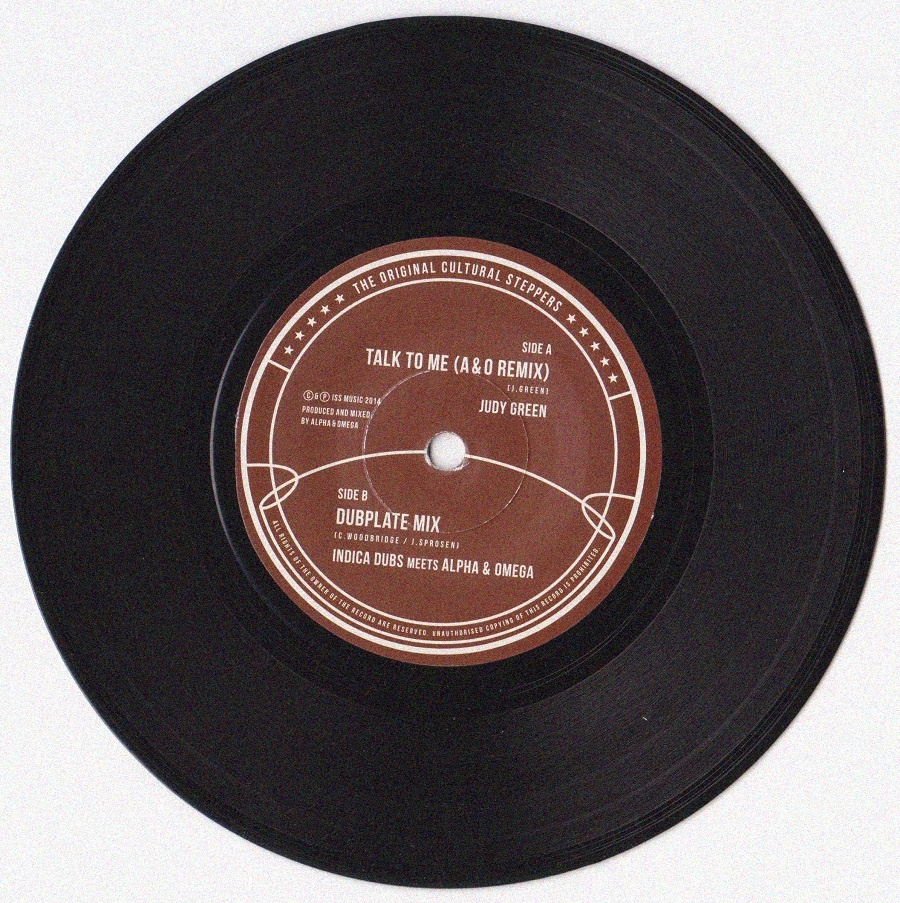 Due to popular demand and heavy play from the mighty Channel One Sound System, Indica Dubs presents for the first time – the legendary Alpha & Omega on the ultimate remix to ‘Talk To Me’ by Judy Green! The remix has been played exclusively and heavily by King Shiloh Sound System from Amsterdam worldwide. Alpha & Omega began in the mid 80s and have worked with the likes of Greensleeves Records, not to mention producing various exclusive tracks for Jah Shaka, and top classic dub tracks such as ‘Pure & Clean’ and ‘Rastafari’ and many more! The thunderous bass line is played live by bassist Christine, and dubbed in true mystical A&O fashion by John.