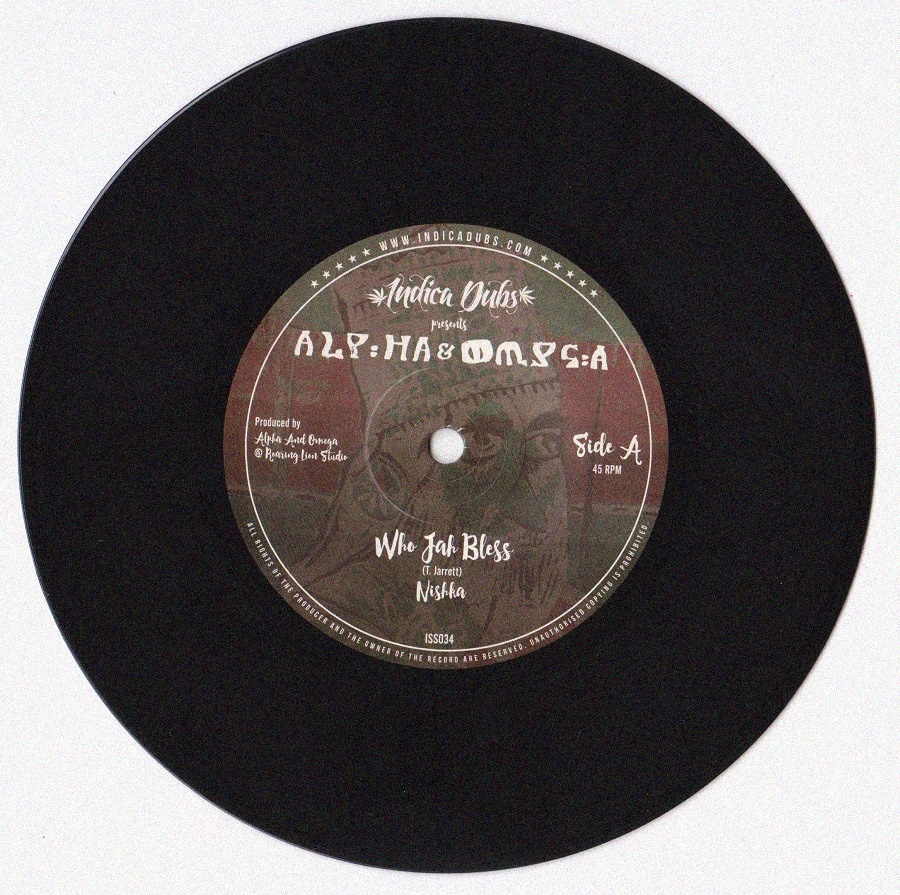 Indica Dubs and Alpha & Omega have been working on this project for a few months, going through lost/forgotten/old/unreleased DAT tapes from 1991-2015 to complete an LP as well as this 7″ single. Presenting the famous ‘Who Jah Bless’ by Nishka which never saw vinyl release, on a 7″ single which has the vocal and dub mix! The release will be limited at 500 press, never to be re-pressed, and never to be available as digital download – vinyl is final!