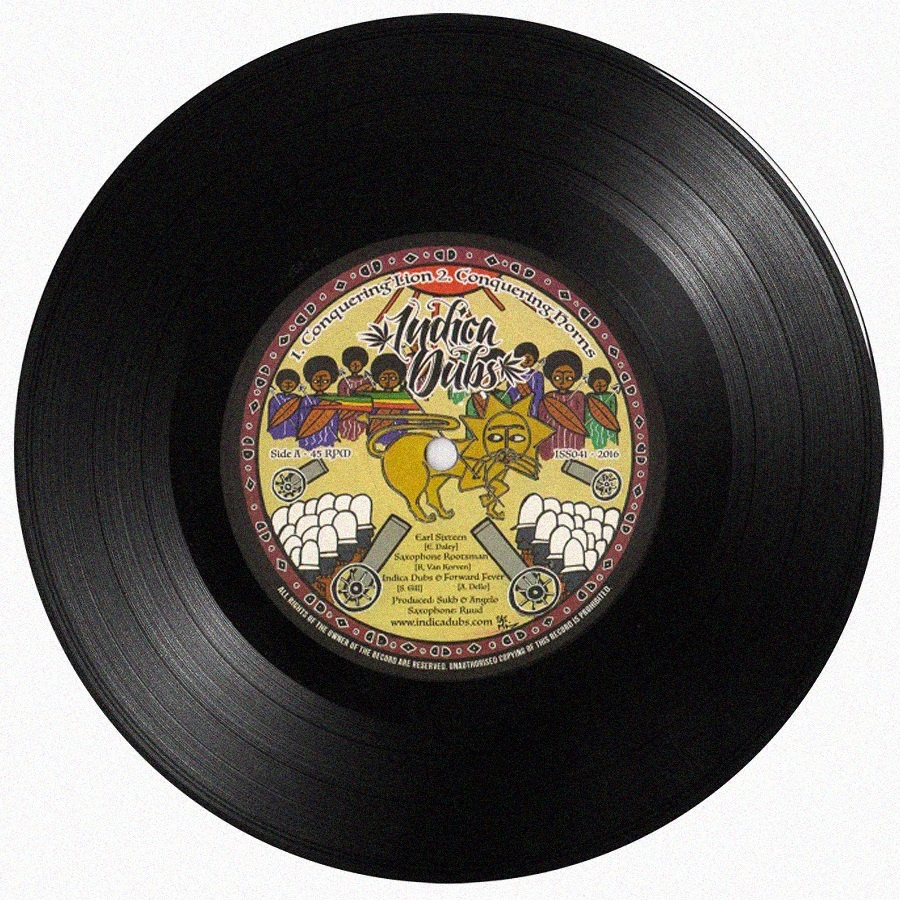 Second Indica Dubs release to feature the Studio 1 legend, Earl Sixteen, after the hit release ‘Let Jah’ last year. Also, featuring Saxophone Rootsman (based in Holland) with the live sax on the dub mix. The flip side featuring non-other than Danman for the third time witb Indica Dubs. Shelly Ravid providing the backing vocals in the chorus. All tracks produced by Sukh (Indica Dubs) and Angelo (Forward Fever). Played exclusively by King Shiloh as dubplate!

“Perhaps if more people listened to records like this then we wouldn’t live in such increasingly aggressive and confrontational times. Conquering Lion is the antidote!” By Reggae Roots Review (UK)

“You do not change a winning team, once again the result is huge!” By Culture Dub (France)