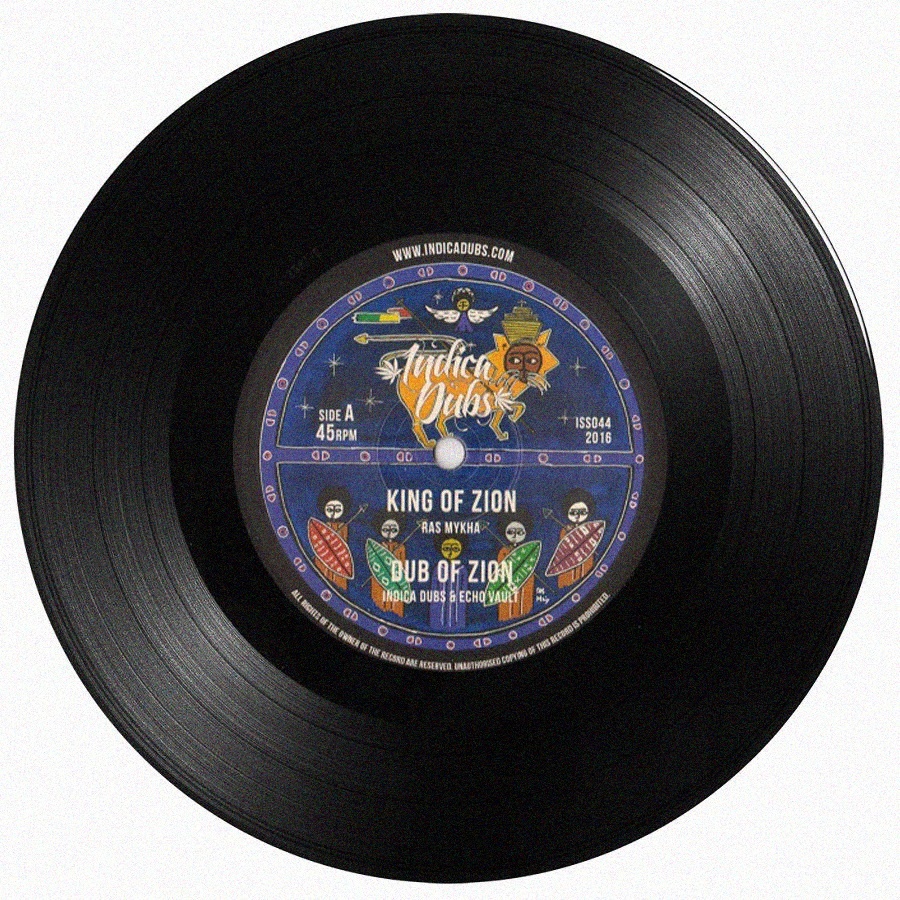 This is the first Indica Dubs release to feature Ras Mykha from France. Ras Mykha is responsible for many top releases including the popular rootical re-make of the classic ‘Raw Fisherman’ by The Congos. King Of Zion is full of conscious lyrics singing praises to the King, and chanting down the wicked – ‘See that wolf, can’t beat the lion, because the lion, is the King Of Zion’.

“The music is fast paced, no slow dub lingering here, but has all the Reggae hooks you need“. By Reggae Roots Review (UK)

The 10” contains 4 mixes of the song, including a violin mix on the flip side by (for the first time on the Dub circuit) violinist Marion from Switzerland, this is the first vinyl that Marion has ever featured. The melody almost replicates the gospel choir singing by Ras Mykha, and also has verses of various melodies.

The 10″ includes two dub mixes; one in a deep meditative style, and the other with plenty of echoes, reverbs, phasers, filters and the whole magic. The rhythm was initially made by Sukh (Indica Dubs) and played exclusively by King Shiloh for a year as an instrumental dubplate before deciding to get it voiced. Sukh then involved Belgian producer; Echo Vault, to collaborate on the song.

Since the test press were developed, the legendary Channel One Sound System has been championing the song in their sessions all across the globe.