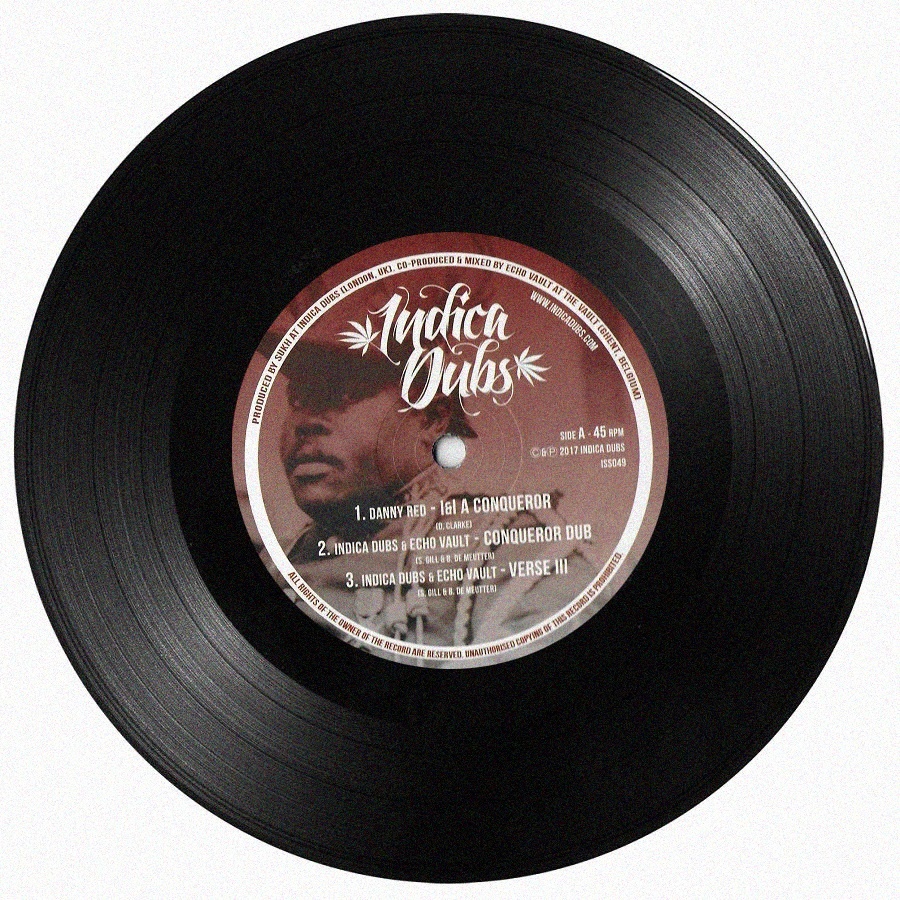 This is the first Indica Dubs release to feature the well-established legendary Roots Reggae singer/deejay; Danny Red. Danny Red has been involved heavily in the Roots Reggae circuit since the 80s, and continues to do so with various releases on his own Ababajahnoi label, other labels, and touring regularly worldwide. Danny Red is responsible for many top releases, ‘Jahovah’ amongst them, the popular classic sound system anthem. ‘I&I A Conqueror’ is full of serious warrior lyrics – ‘I was born as a warrior, and not a loser, I said I break down walls and cross any border, you tried to steal my past but could never take my future’.

The 12” contains 3 mixes of the song on Side A, 1 vocal cut and 2 dubs mixes. The dub mixes focus on flying echoes, reverbs, phasers, filters and all things dub. Side B called ‘Mighty Warrior’ is an uplifting instrumental steppers track, loaded with 3 mixes. Both rhythms were initially made by Sukh (Indica Dubs), then involving Belgian producer; Echo Vault, to collaborate on the songs.