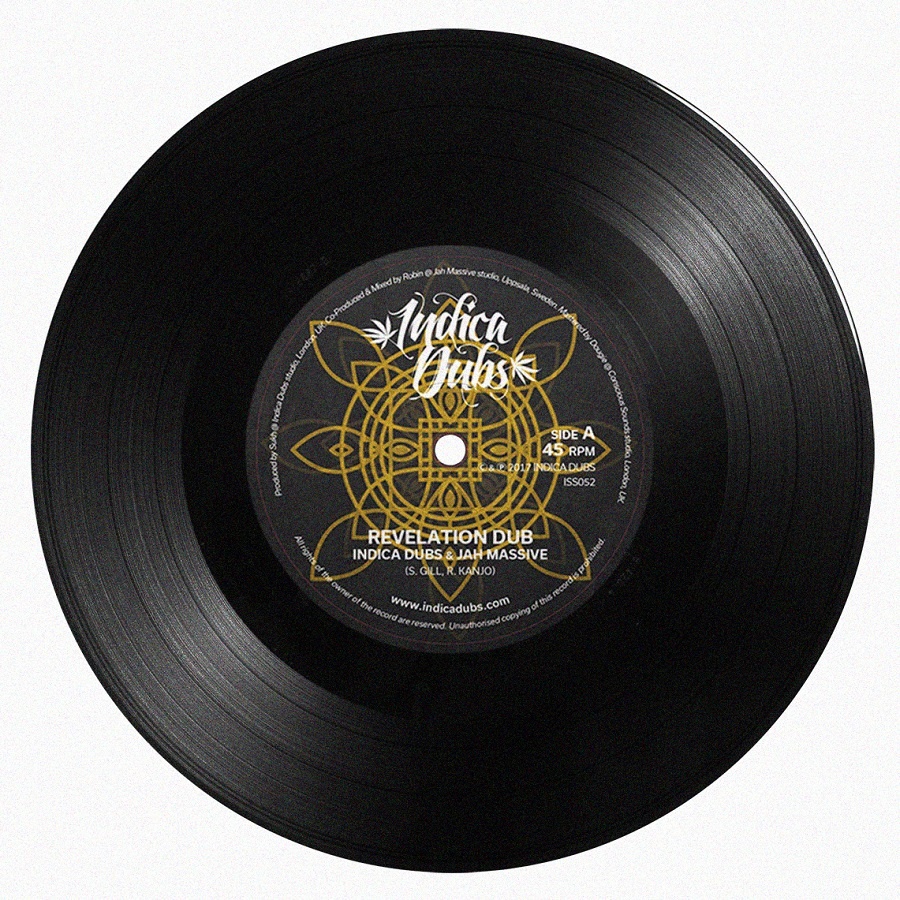 Part 2 of 3, REVELATION DUB, gold label: This 7″ instrumental release is the first co-production between Indica Dubs and Jah Massive. The track was originally built by Indica Dubs (drums, bass, melodies) and then sent to Jah Massive to add some parts and mix the track down.

“It’s the same song style as with Dub Conductor, which is an instrumental tune Steppa, with a huge Dub version, which will do some damage in session.” By Culture Dub (France).