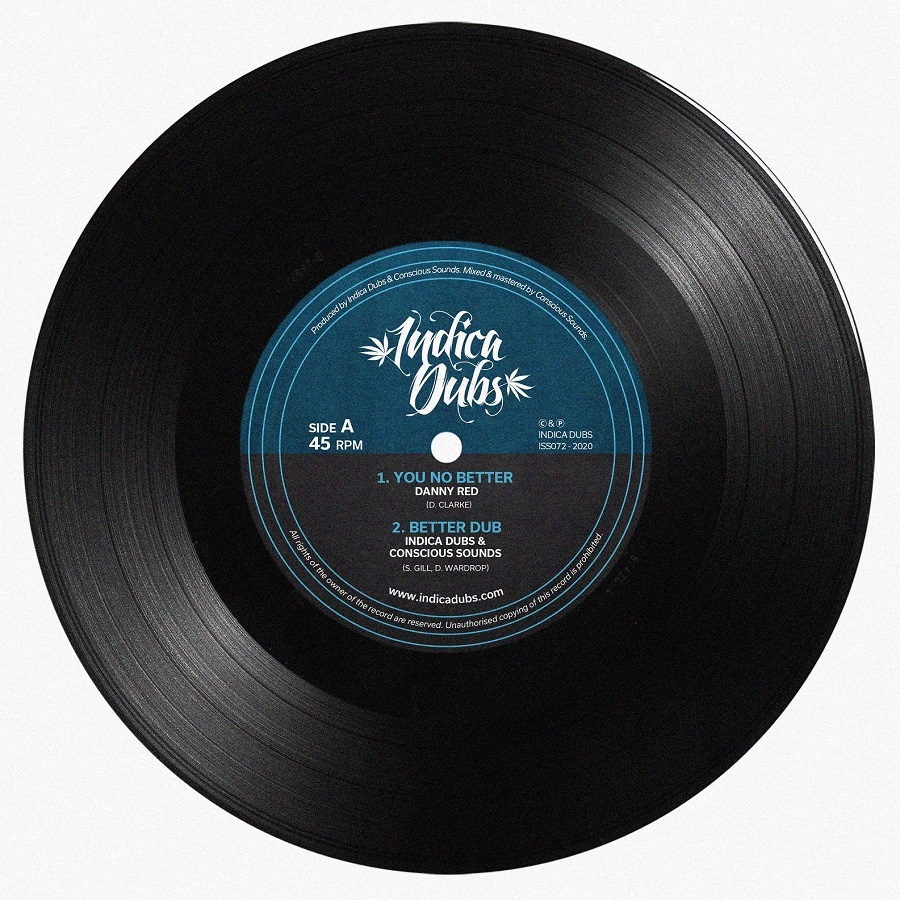 This brand new Indica Dubs release features the well-established legendary Roots Reggae singer/deejay; Danny Red. Danny Red is no stranger to the label, this is his 3rd release with Indica Dubs!

‘You No Better’ was recorded in September 2019 in Kingston, Jamaica by Danny Red. The riddim was built by Sukh at Indica Dubs studio and then mixed by Dougie at Conscious Sounds studio. Originally Indica Dubs sent Danny Red a different riddim to record on, but once the vocal was laid down, a new drum and bass pattern was inspired.

The 10” also contains the dub version, instrumental riddim, and a raw dub mix – for all people that enjoy their songs to be followed by a variety of dub mixes! Each mix getting more increasingly militant and deeper, focusing on flying echoes, reverbs, phasers, filters and all things dub!